Series of visual poems in the streets of Lima, Peru, 2006

Ceviche poem on top of a piano 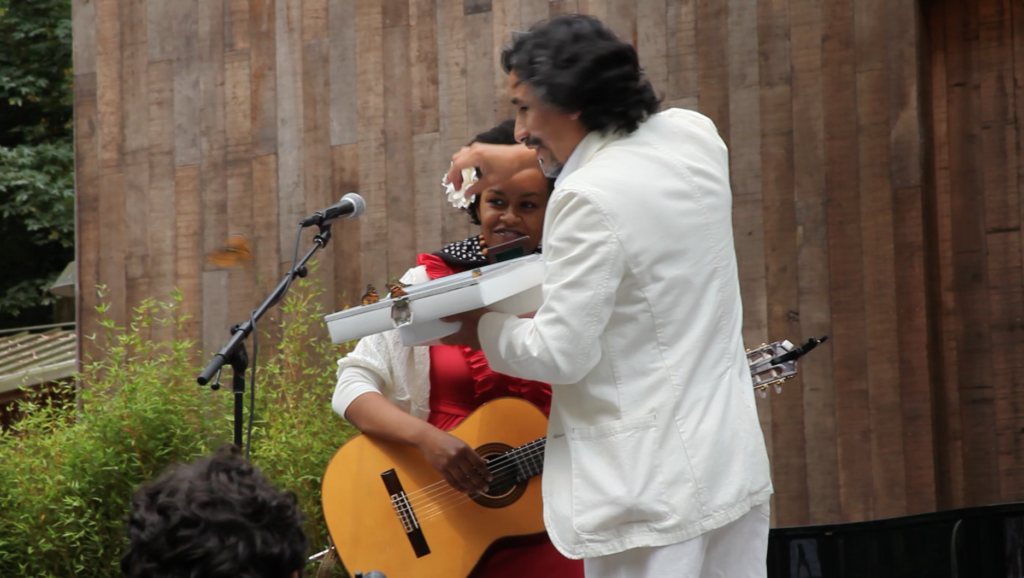 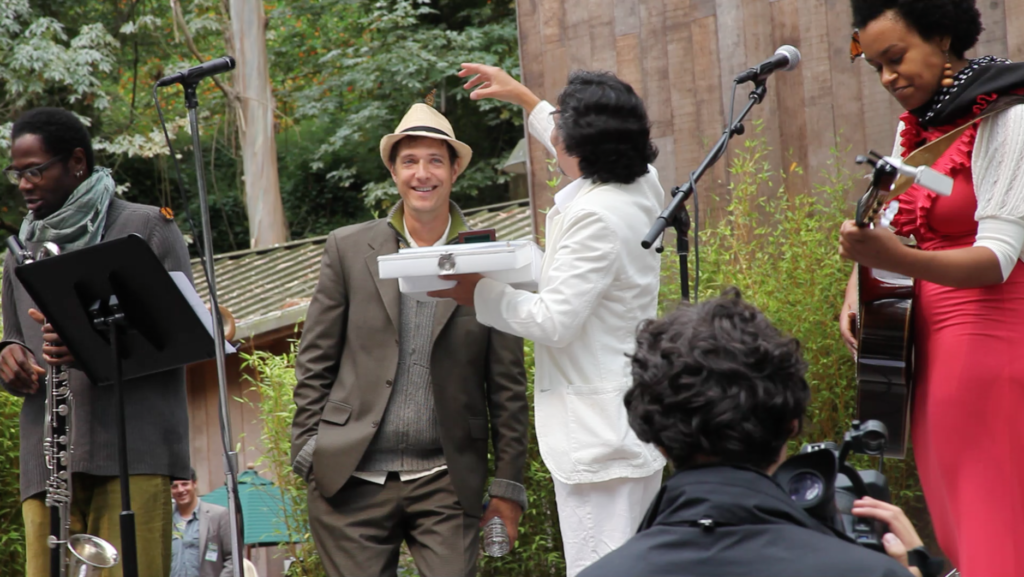 “This was a beautiful moment in last night’s Social Justice event- literally a moment -when Adrian Arias invited 5 audience members to be part of his performance poem. He positioned them into the inter-connected pose you see here. They stood in silence for exactly one minute (I was the timekeeper) . Can you fill in the blanks of poem above that took place in that minute ? Not only in the minds of the six on stage but us in the audience as well? It was a Mega-poem!” Nina Serrano 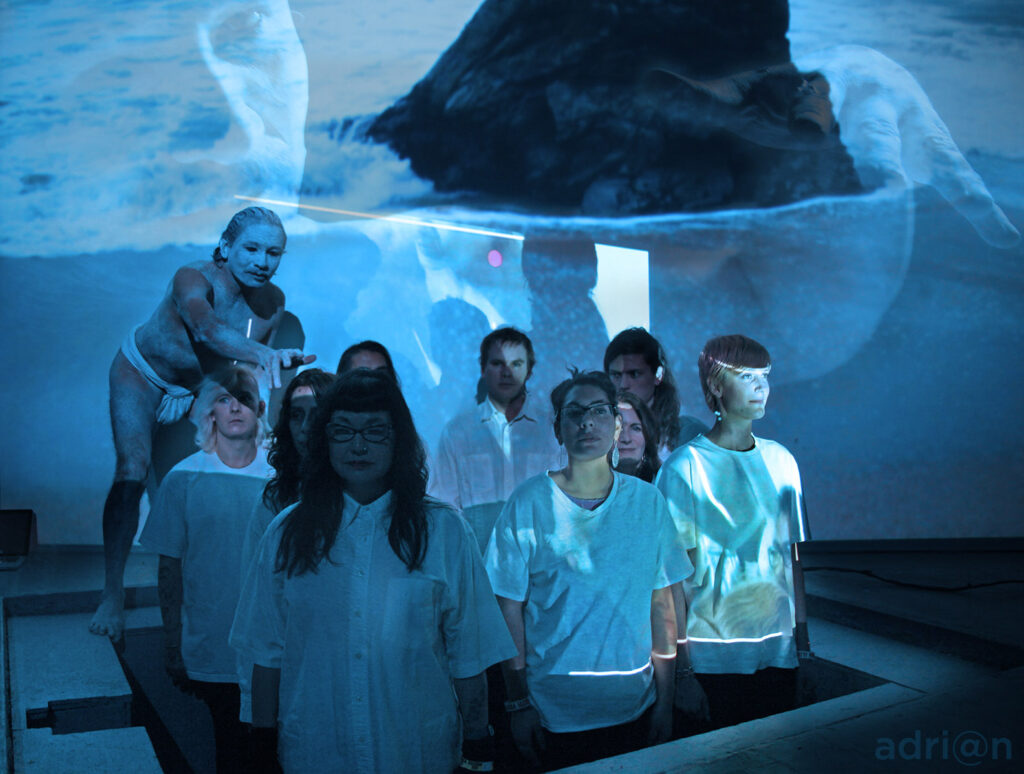 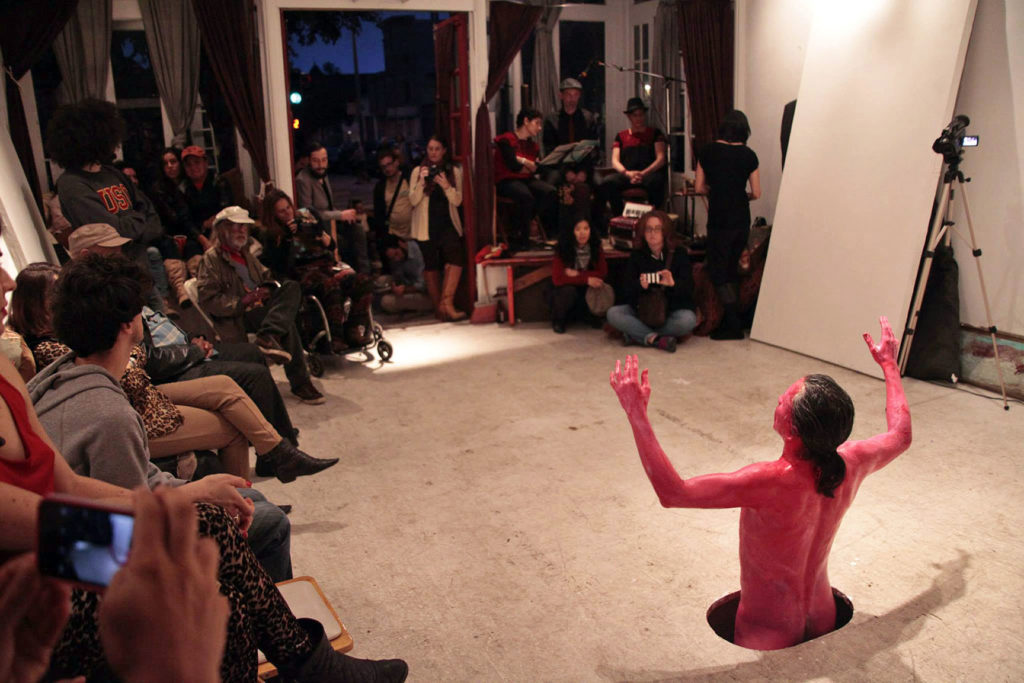 EXILE IN WHITE, PINK AND BLACK 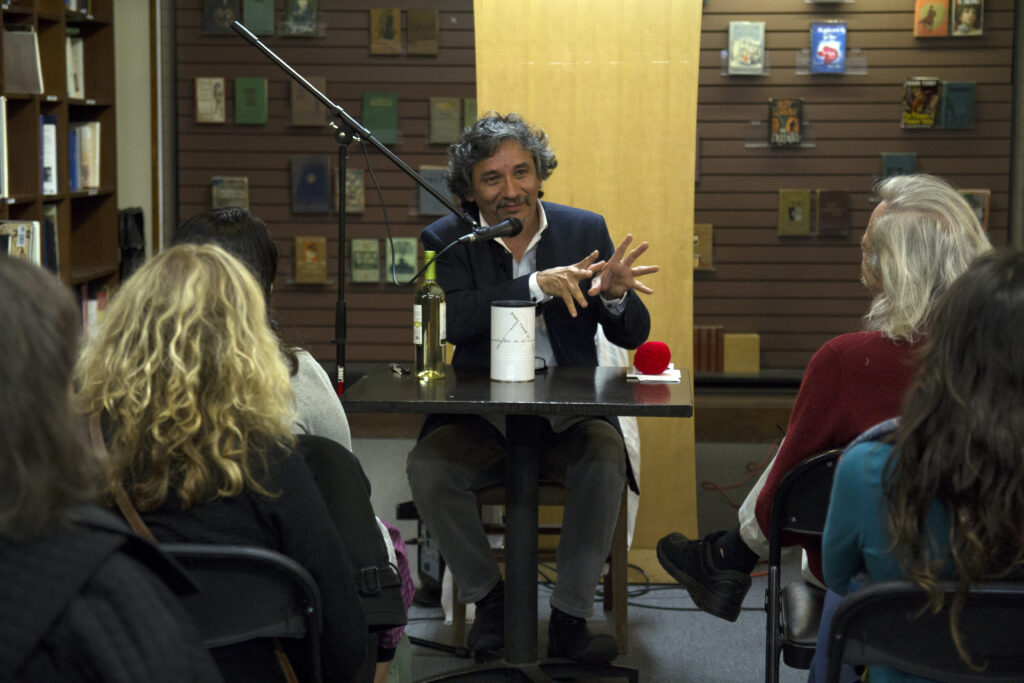 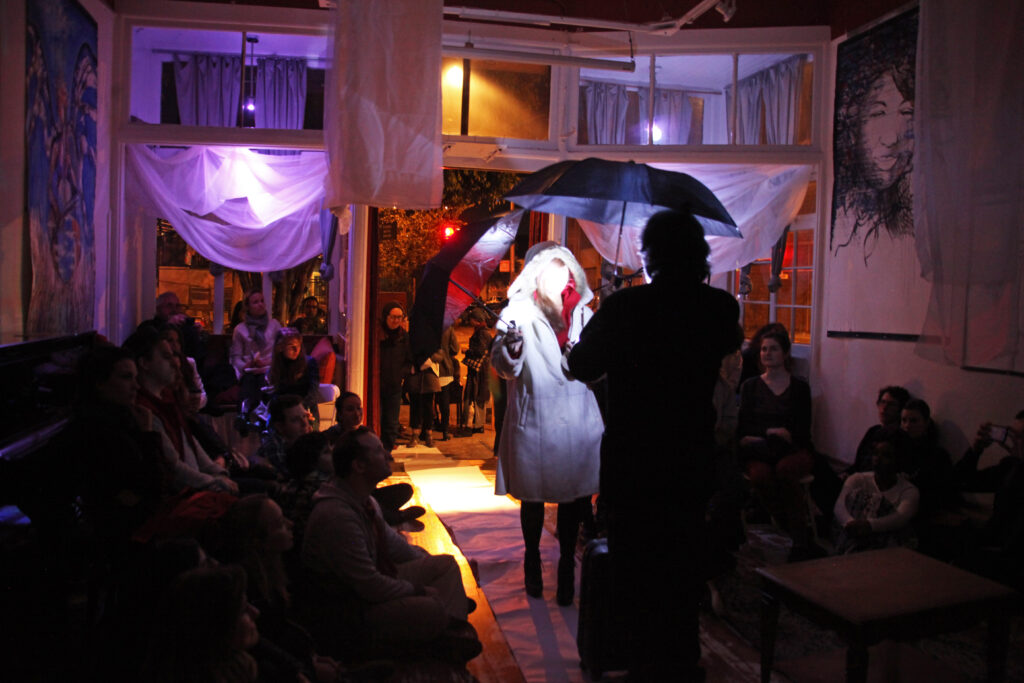 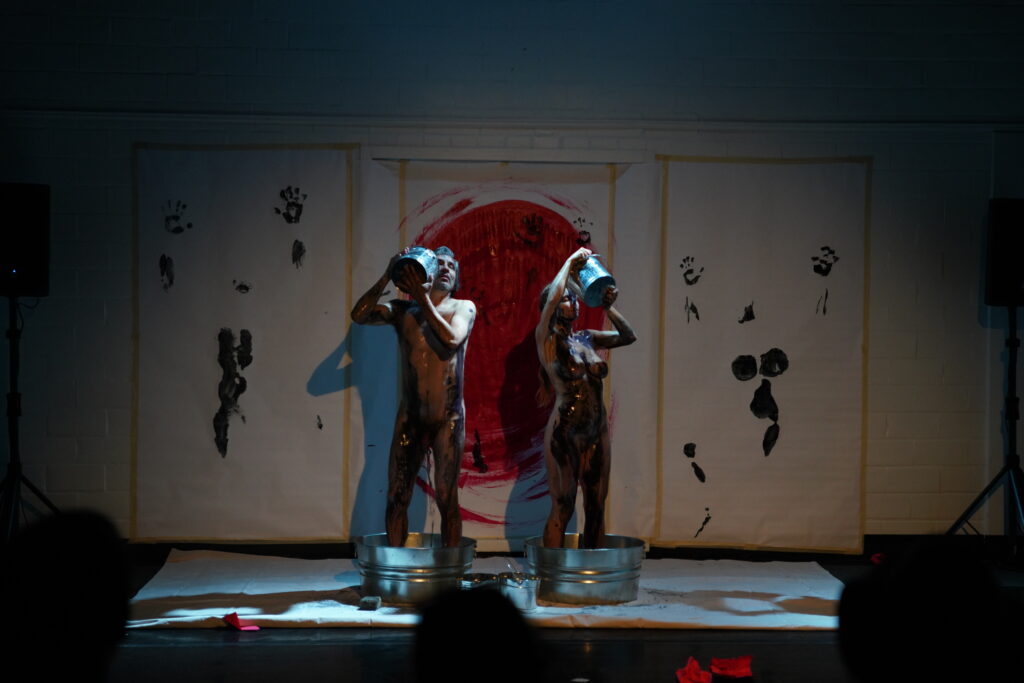 Visual poem in collaboration with Kristi Williamson at the Firehouse, Fort Mason, as part of the San Francisco International Arts Festival 2018.

In times of 2020 pandemic and confinement, Adrian created a way of connecting with the outside world, with a 23-minute poetry program, where he sometimes reads and paints his own creations, and sometimes collaborates with other poets and artists from the Bay Area and the world through the internet. They have been guests of Adrian until now: Alejandro Murguia, Aida Salazar, Roán Luján, Yuyi Morales. And soon Kata Miletich, John Santos, Jorge Argueta, Yamily Yunis, Teresa Palazzo’Conti and Roger Santivañez. 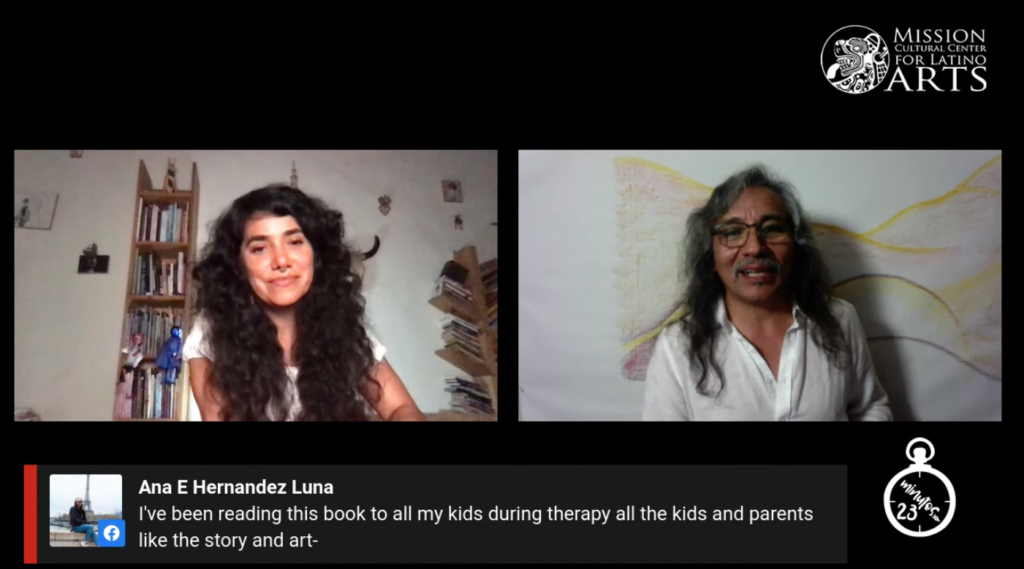 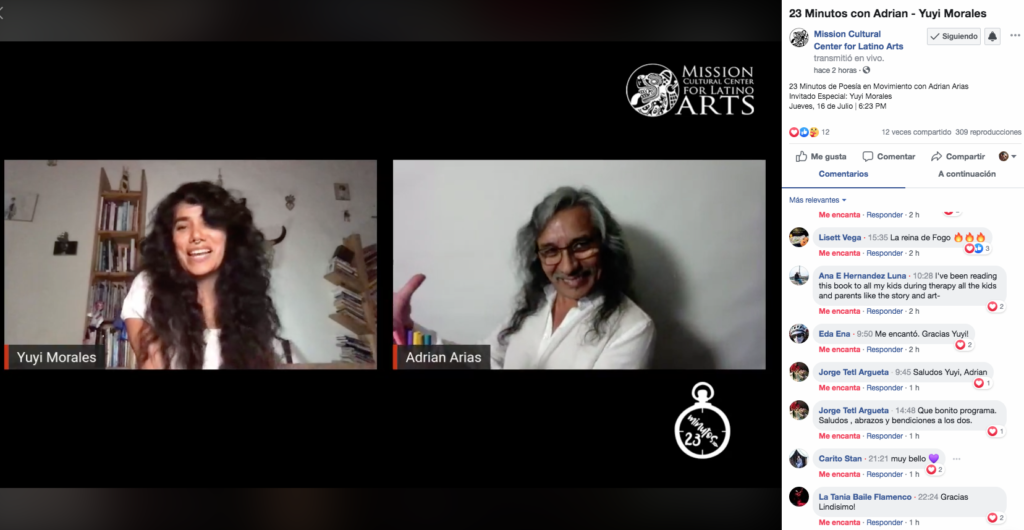