Illusion show is a space for live creation, a container of the creative process and a bridge between artists and community.

Illusion is a moment of energetic, public happening. This is an opportunity to discover self among others and to create in a shared space.

Illusion is a one-night event, developing over the course of 5 hours, where 50 artists or more, from different disciplines, dedicated to making ephemeral art, which will be appreciated in his creative process.

All surfaces of the gallery space are wrapped in white paper: walls, floors, in order to create a space or container, which at the beginning is empty, and that at the end of the event has been filled with images, dance, music and shared art 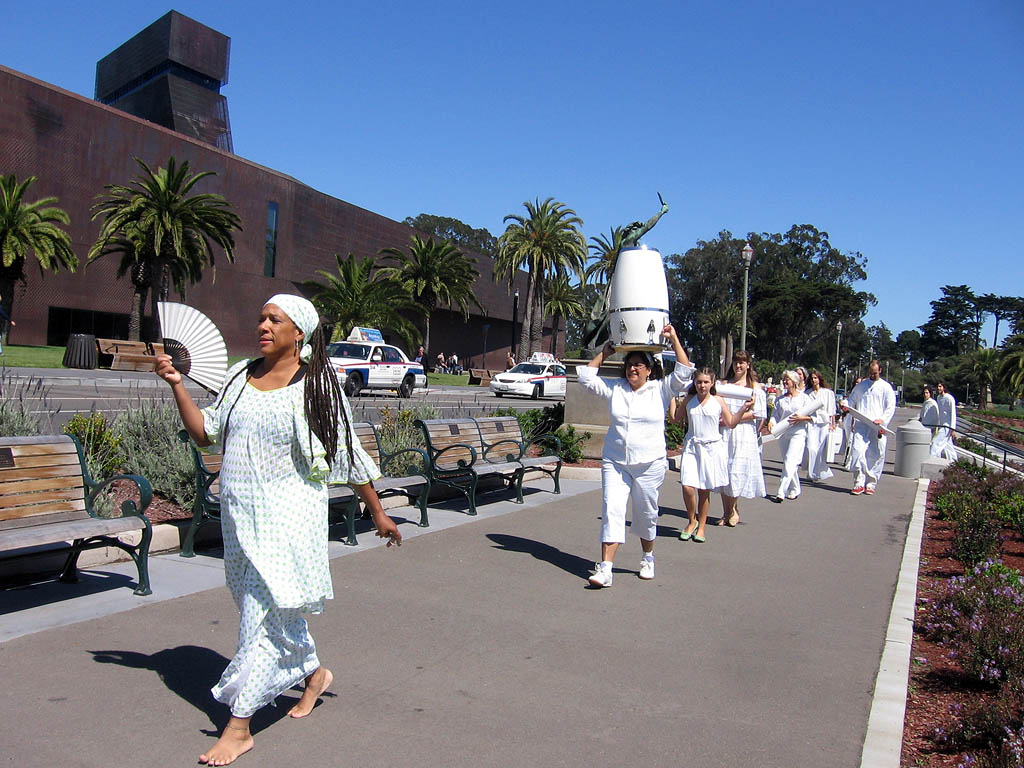 The artists, dressed in white, carry a suitcase or container of their art materials or instruments

of music or dance, and perform a procession around the venue, before beginning the creative action. This makes evident the presence of an artistic act that is happening in the community, and draws the attention of the public that is circulating the streets, which, eventually, joins the Illusion art celebration. 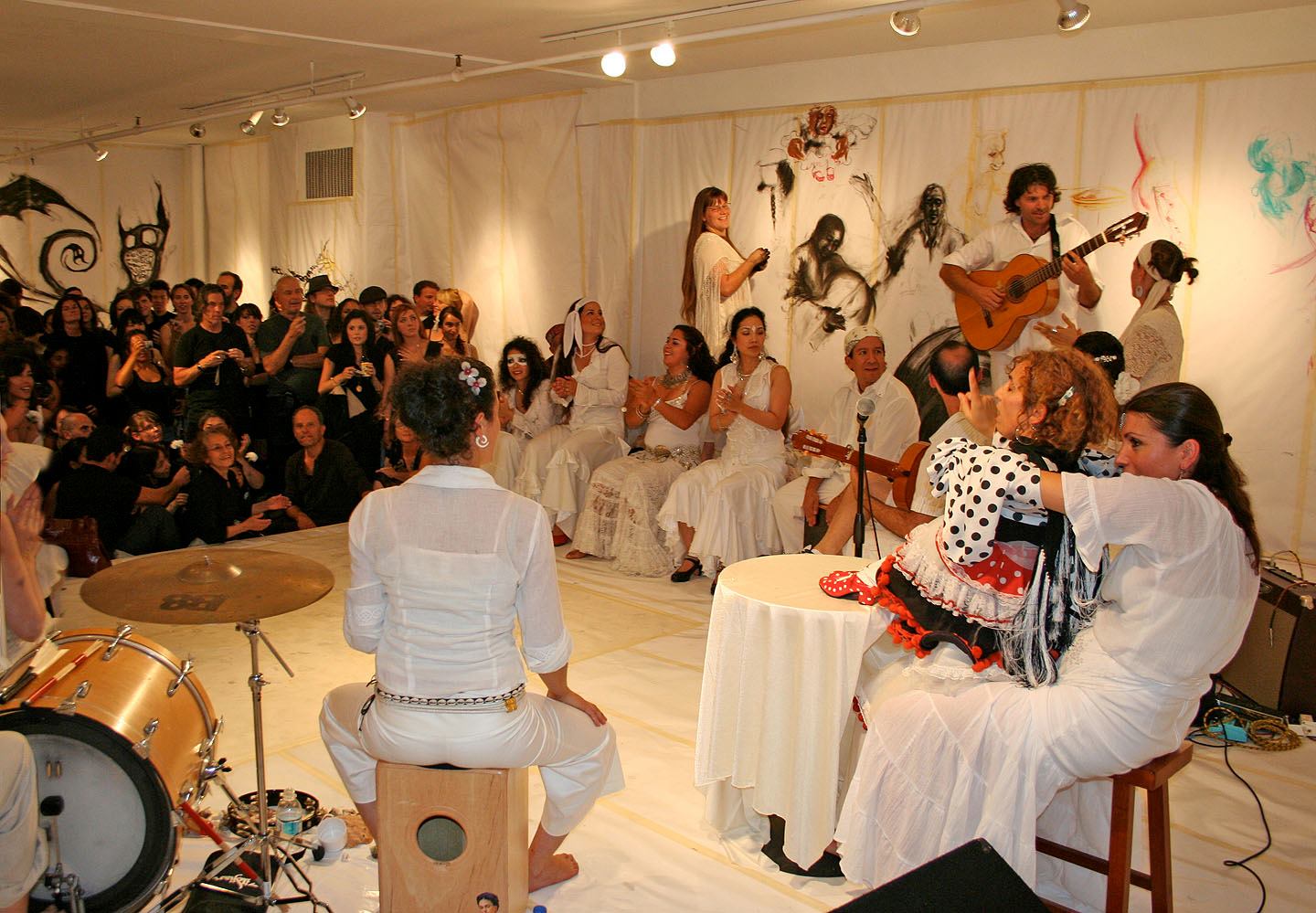 Audience is invited to come dressed in black.

The audience becomes a witness of the creative art process and eventually participates in the development of the projects of the invited artists.

As part of the creative process, it is important to see the audience arrive dressed in black and walk for a few minutes the completely empty space, the container of white paper that has not yet been touched by the artists. When the artists arrive, after the procession, they make a small circle before starting and then to their designated places. The public is free to move around the artists and eventually, at the request of the artist, participate in some of the actions or interactive activities. 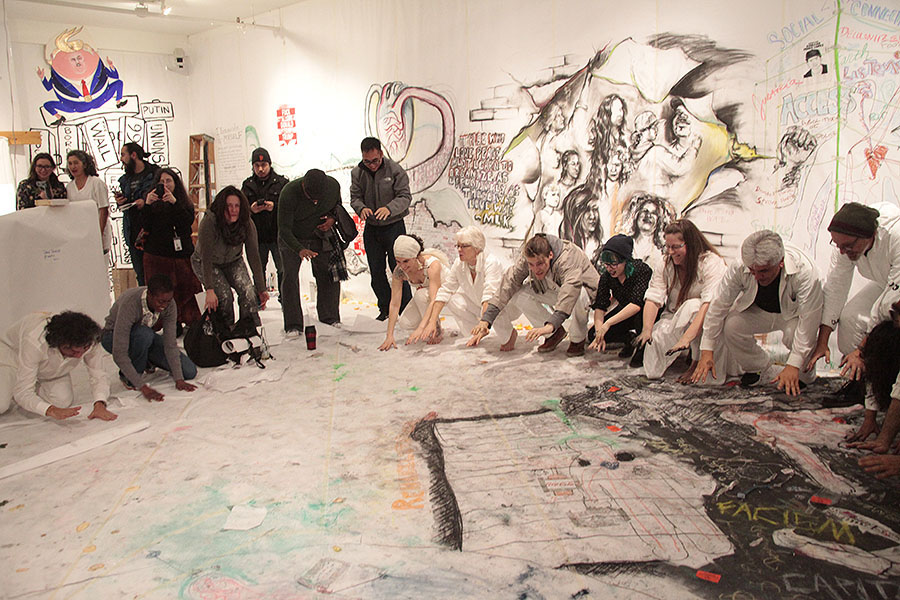 Since its inception in 2003, Illusion has become the largest collective creation space for artists from different disciplines in the Bay Area. It has been done at the MCCLA, de Young Museum, SOMArts, and Red Poppy Art House. Illusion has been a meeting place for artists who did not know each other and who have created collaborations and developed their art in the Bay Area and beyond.

It has also served as a catalyst for public and artists to come together and to create together and propose new events in the community. 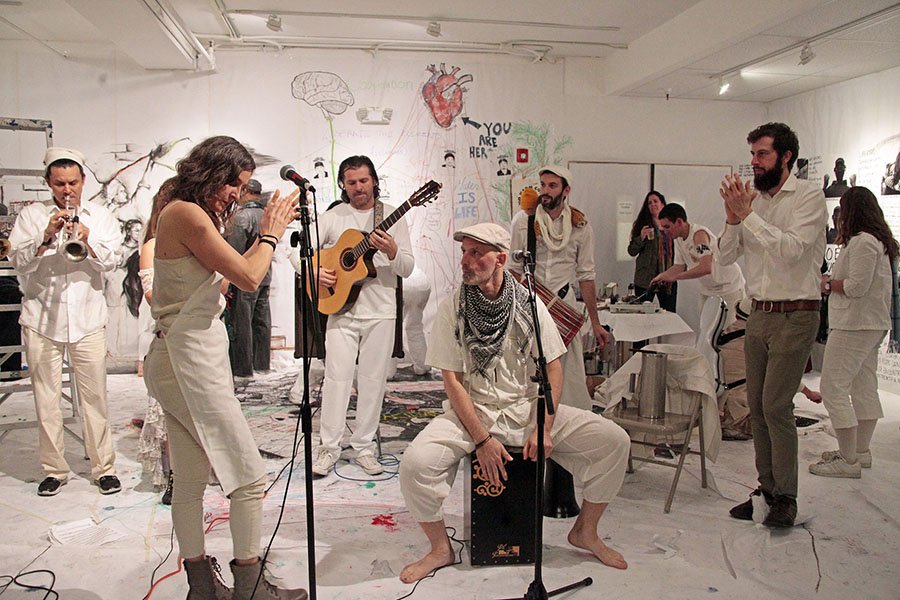 The artists invited to participate in Illusion cover a wide range of ages and are not discriminated against by race, creed or gender. There have been Illusion shows where between 50 and 88 artists from various disciplines have participated, such as painting, printing, performing arts, music, dance, multidisciplinary art, puppets, art food, video art, etc.

Adrian Arias is a visual artist, poet and cultural promoter who has worked in the Bay Area of San Francisco since 2000. His previous experience in South America in the 80’s and 90’s places him as one of the pioneers of multidisciplinary shows and of video art in Lima, Peru.

When Adrian decided to live in the Bay Area and become a North American citizen, he proposed the task of unifying the arts in cultural events, as is the tradition in his family, since his father, Luis Arias Vera, did the same in Peru in the 70’s.

Adrian, besides having created Illusion show, is one of the founders of the MAPP (Mission Arts Performance Project), of the Video Fest, a video festival that took place in MCCLA between 2004-2010, and Luna Negra, a festival of art of the woman that is still performed in the MCCLA since 2004.

In addition Adrian is dedicated to forming new generations of artists, teaching art, and leaving the seed that art can transform society and give us a very powerful reason to live.

Since 2003 Adrian has curated Illusion show and brought together artists from disciplines such as painting, music, poetry, video art, dance, installation, drawing and calligraphy, and where more than 350 artists from the Bay Area and special guests who come from other regions and countries have participated. 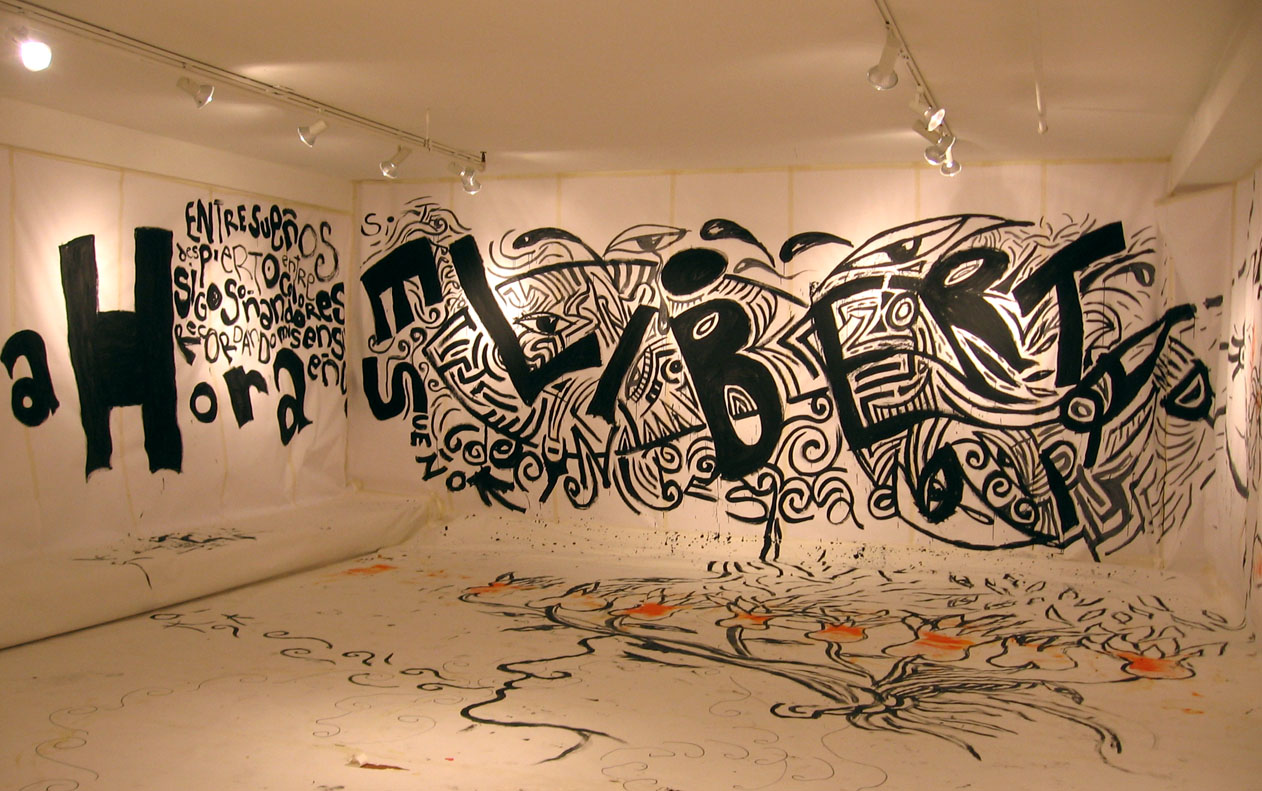 In June 2022 Adrian has once again organized the Illusion show in a small gallery format, this time at the Red Poppy Art House , as part of his art residency there.